The Necessity of Push Bars 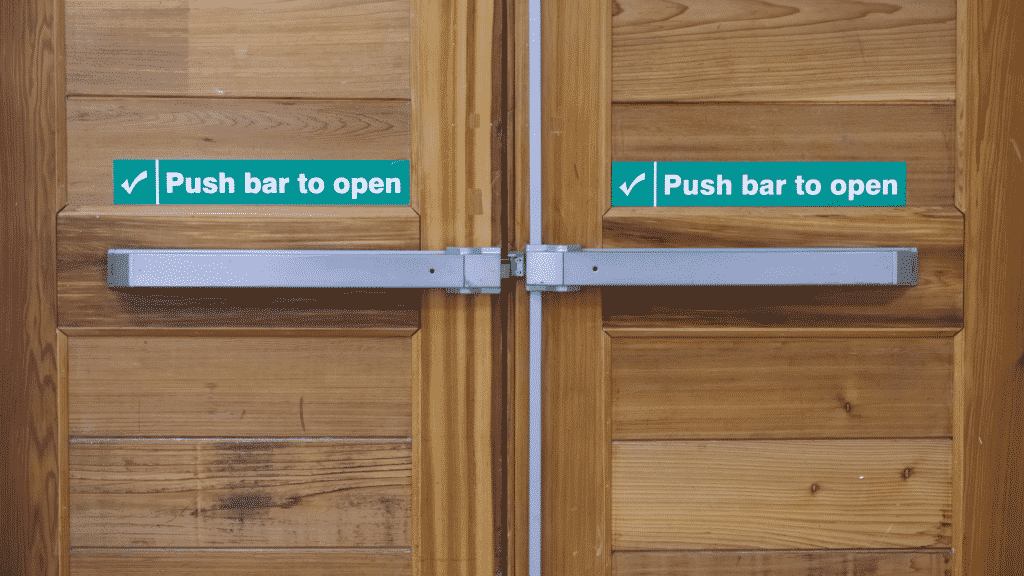 Push bars, also known as crash bars, are essential mechanisms for businesses. Every modern commercial building has a door with push bars because of the essential role they play in people’s safety. The invention of this door device has a dark past but has saved millions since its wide adoption in the 1900s.

Unfortunately, many lost their lives because of the lack of safety in buildings in the 1800 and 1900s. Numerous disasters could have been prevented with more thoughtful architectural designs. Today, crash bars are a standard for emergency exits and fire exits.

The Invention of the Push Bar

The push bar was invented after a tragic disaster in an England performance hall. The hall was hosting a popular traveling show for children. The hall, Victoria Hall, seated about 1,000 children between the ages of 4 and 11.

The show was giving away prizes, and their ticket numbers determined winners. Once the show announced this news, the children began to storm toward the exit to claim a prize potentially. The exit was at the bottom of a stairwell with two doors that opened inward. One of the doors was closed and locked in place to keep an orderly line.

The mass exodus of children down the stairs caused some to trip and fall. These children made another fall, and eventually, there was a pile of children at the bottom of the staircase. An employee tried to open the other door but was unable to release it. A total of 183 children died in the incident.

After the disaster, Rober Alexander Briggs created the panic bolt, which would later become the push bar. The United Kingdom patent was placed in 1892, but the crash bar’s widespread adoption would come many years later.

The push bar is an essential creation for commercial buildings. Theaters, grocery stores, office buildings, and other buildings could potentially have hundreds to thousands of people inside. When there is a fire or another disaster, many people need to exit the building in an instant

Push bars allow a person to maintain their speed in exiting a building. A standard doorknob requires the user to stop and turn, while the push bar just needs a small amount of force for the job. So, push bars have become extremely popular among commercial buildings. They are typically used for fire exits because they can be paired with alarm systems, making them perfect safety options.

United Locksmith offers professional and full-service commercial locksmith services. Our technicians can repair current crash bars or install them for your current doors. Our team is equipped with the experience and tools to complete the job. Give us a call today for emergency services or to schedule an appointment. We would be happy to assist.